Matt grew up in the puget sound area and attended Kentridge High School. At a early age it was obvious that Matt was going to be a musician. You will need to hear the story about Matt playing Michael Jacksons Beat It guitar solo over and over until his dad broke down and made him a "guitar" 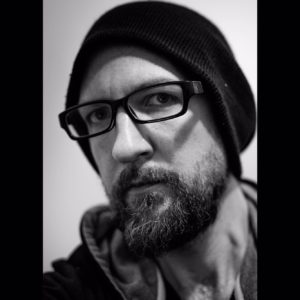 A bit later Matt was exposed to a real guitar by a family member who told Matt's parents that they should really encourage Matt as he seems to have "it" Matt's parents ended up finding a guitar through the Little Nickel Want Ads and Matt was officially a guitar player.

During high school Matt played in the Jazz band at Kentridge under musical director Paul Harshman a well known director in Washington State. Paul attended CWU at the same time that I did and we chat for a bit about the famous Harshman brothers. Matt shares that he was never really into jazz but wanted to be part of the team.

After high school Matt attended CWU and ended up with a Communications degree with a minor in music. Some of Matt's musical instructors attended Central at the same time that I did. This makes for some interesting conversation.

Ultimately Matt took the safe route and ended up working for the State of Washington. During Covid Matt made the decision to leave his position and open his own company.

Endorian Guitarworks exists to motivate and guide passionate musicians of all levels.

By combining superior equipment service, expert knowledge, and an inclusive community, Endorian Guitarworks supports your self-development process as you learn new skills, expand your comfort zone, and start gaining confidence to depend on and trust yourself. 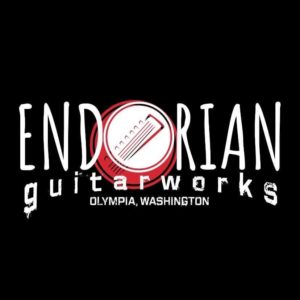 Matt Ackerman's journey is one that inspires.  Music at a young age, followed by music as a teen and young adult. The taking the responsible road and working a 9 to 5 job to pay the bills and support his family. Musically the fire never went out and now in 2022 Matt is living his dream and bringing Endorian Guitarworks to life to help support musicians in the South Sound area.

Make sure you give this episode a listen. Matt is a great storyteller and his story will inspire you..