What County Is Gig Harbor In? If you’re new to the area or looking to move to Gig Harbor, you might be wondering, “What county is Gig Harbor in?”

The red outline in the map above shows the borders of Pierce County. As you can see, Pierce County also includes Tacoma and many smaller towns to the east, including Puyallup and Buckley.

Pierce County tends to have more of a typical age distribution than King county, which favors young professionals. Gig Harbor in particular is nice because it is small enough to feel like a diverse and warm community while still being close enough to Tacoma and Seattle to be able to claim the advantages of a larger city.

As of May 2016, Pierce County housing prices were also considerably better than King County when compared with housing prices from just before the 2007-2008 recession. Read more on housing in Pierce and King counties here. 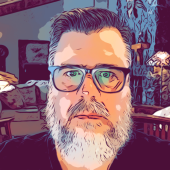 Spending a Day in Gig Harbor What County is Bellevue in?