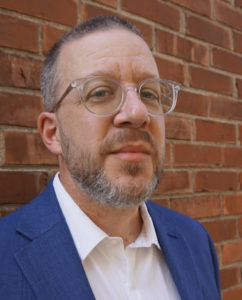 Brad is an Author. Historian. and Finder of Old Things. Brad has had his work published in many local publications in print and online.

Brad explains the process he used to collaborate with his co-author on Lost Roadhouses of Seattle. The process was very smooth as both he and Peter were focused on different parts of the Seattle area.  Brad was focused on HWY 99 and Peter was focused on Lake City Way and the Bothell/Everett Highway areas.

Do you know why bootlegging is called bootlegging?  Listen in and Brad will share the story of how bootlegging got its name. 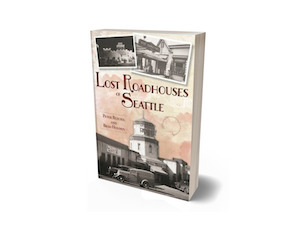 Prohibition came early to Washington State--in 1916 and kicked off an unforgettable era of nightlife. Published in 2022 Lost Roadhouses of Seattle shares the stories of these iconic venues that were so popular during Prohibition and into the 1950's Places to have fun with friends while drinking some libations and enjoying live music and dancing.

Roadhouses were an important part of the landscape in the Seattle area.  Learn more about some of Seattle's most 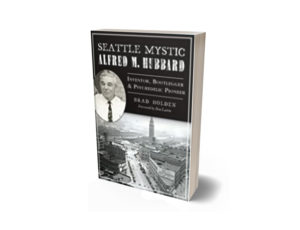 Perpetual motion machines, bootlegging, first radio station in Seattle and LSD. The life of Alfred M. Hubbard was extraordinary. With a gift of gab and the ability to talk his way into opportunities and out of troubles  Alfred was always in the middle of something outrageous.

Playing both sides during prohibition, building the first radio station in Seattle. (The station still is in operation. Listen to find out more.)

To evangelizing LSD up and down the west coast Alfred M. Hubbard's story is unbelievable! 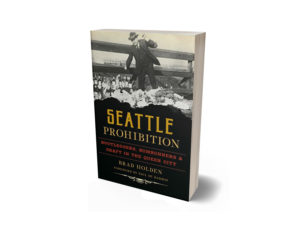 The story of prohibition in Seattle. The personalities, the exploits, and the adventures. Prohibition consumed Seattle, igniting a war that lasted nearly twenty years and played out in the streets, waterways and even town hall. Roy Olmstead, formerly a Seattle police officer, became the King of the Seattle Bootleggers, and Johnny Schnarr, running liquor down from Canada, revolutionized the speedboat industry. Frank Gatt, a south Seattle restaurateur, started the state’s biggest moonshining operation. Find out more about this fascinating period in Seattle's history. This book is a must read.

Brad is also one of the hosts of the podcast Dim Lights & Stiff Drinks. The podcast talks about the history of the eccentric collection of dive bars, historic taverns, and interesting drinking establishments in the Seattle area. Each episode is recorded in the bar featured in the episode.  Highly entertaining and informative.

Listen as Brad shares his backstory and how history has always been important to him. One enjoyable tidbit is the story of when Brad saw his book in a store for the first time.

Growing up in Washington State

Brad grew up in Spokane and finished high school in Gig Harbor.  After high school Brad joined the military so that he could utilize the GI Bill for his college education. After serving in the military Brad attended the University of Washington.

If you like history, seedy bars, and tall tales this episode is for you!.  You really need to pick up one of Brad's books. They are well written with an engaging way of storytelling that makes the characters jump off the pages.  I recently completed the Alfred M. Hubbard book and the story is so outlandish that I was finding it hard to believe it was true.  Fact is indeed stranger than fiction! The Seattle Prohibition book is also a page turner that I highly recommend.  I will update this page when I finish Lost Roadhouses of Seattle.

Find Out More About Brad